Cashew Farming in Nigeria – How to Grow Cashew - Veggie Grow
0

Cashew Farming in Nigeria – How to Grow Cashew

About 200,000 tons of cashew nuts are exported out of Nigeria yearly. 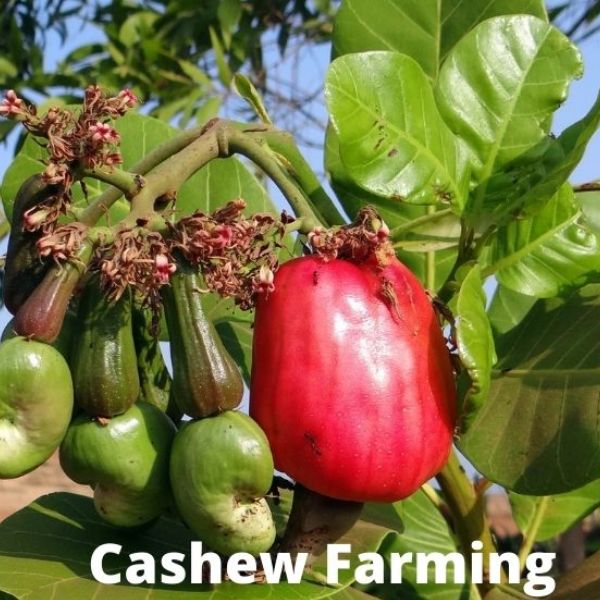 Cashew is a perennial crop. Cashew trees have a lifespan of 30 – 50 years.

The origin of cashew can be traced to Brazil before it was introduced to Africa and Asia. Cashew is grown in the tropical regions of the world. It grows well in Africa, Asia and Southern America. Cashew is grown in countries like Nigeria, Argentina, Ghana and India etc.

Cashew nuts are usually exported out of Nigeria where they are roasted and packed as snacks.

How to Cultivate Cashew in Nigeria

Below are the steps to take to grow cashew or start a cashew plantation in Nigeria: 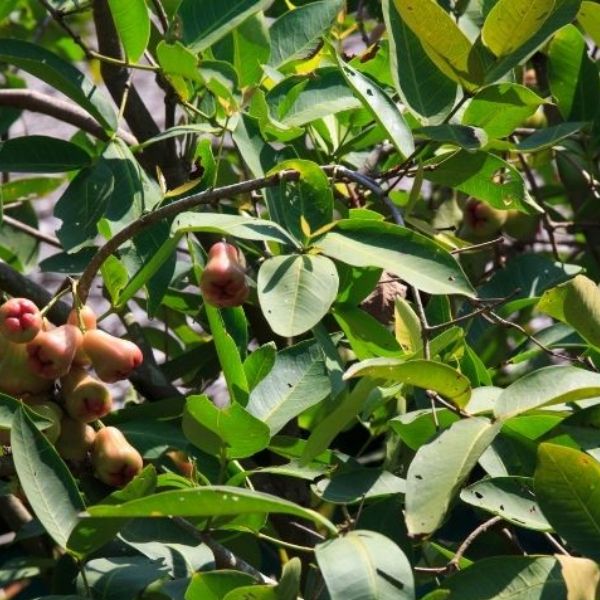 1. Farmland to use for Cashew Plantation

The farmland should also have a fertile soil. There should be good road connectivity to the farmland for easy evacuation of your produce.

Cashew grows in tropical conditions. Cashew will not grow in cold and temperate areas or regions.

Cashew general is cultivated in areas that are at least 650 metres above sea level. Cashew can grow well in areas with temperature of 20 Celsius to 39 Celsius, though 30 Celsius is the optimum temperature for the growing of cashew.

Cashew can tolerate areas with annual rainfall of 1000 – 2000 mm. Cashew also needs about 4 months of dryness (no rains) for it to have an optimum yield. This explains why cashew does well in Savannah areas than rain forest areas.

High rainfall and humidity can negatively impact the growth of cashew.

Cashew does well in sandy soil, sandy loamy soil and sandy laterite soil. Cashew can grow in any soil; however, poor soils should be amended with manure, compost, humus and fertilizers.

Cashew prefers areas with dry soil; it will not do well in water logged soils.

The soil pH should be 4.0 – 7.0. Cashew will not reach its optimum yield if grown in very acidic soil. Acidic soil should be amended with lime or dolomite. A good type of lime to use to amend acidic soil is limestone and agrilime.

Soil that has poor fertility and low organic matter should be amended with manure and compost. Humus can also be added to the soil.

Below are some of the varieties of cashew that can be planted in Nigeria, they are:

This variety starts fruiting after 4 – 5 years.

The Indian cashew variety is an improved cashew variety. This cashew has a yield potential of 1.5 tons per hectare. This variety starts fruiting after 2.5 years.

The following equipment can be used for cashew farming:

Irrigation can improve the yield of cashew by 100%. Besides, with irrigation, you can practice high density planting of cashew.

Irrigation involves the artificial application of water to crops. In the case of cashew, with irrigation, plant population can be increased and yield can also be increased.

The following types of irrigation can be used for cashew:

Sprinkler: Sprinklers spray droplets of water to crops. Sprinklers can be used for cashew farming.

Furrow Irrigation: This is the passing of water between the ridges or beds on a farmland. Though, this is a type of irrigation, if not well done, it can lead to root rot in plants.

Cashew seeds are seeded in shade before hardening off and planted in the field or orchard. The cashew seeds should be placed in planting bags and kept under shade.

The place to be used for the cashew nursery should be shaded with a shade net. Cashew seedlings can also be grown under large trees with shade.

The growing bags often made of polythene should be filled with soil mixed with organic matter. The cashew seed should then be buried in the soil. Wetting should be done regularly so that the cashew seeds will sprout and grow.

Rain hoses and sprinklers can be used to irrigate cashew seedlings.

100- 200 grams of Single Super Phosphate fertilizer should be applied to each planting hole before transplanting the cashew seedlings.

Transplantation of cashew seedlings should be done when the intensity of the sun is low.

Mychorizhae and other microbial innoculants should be added to every planting hole. This will increase the number of beneficial microbes in the soil. Nematicides may also be used if the soil is infected with harmful nematodes.

Cashew seedlings can be grafted on trees. Side grafting and the wedge grafting are the main types of grafting that can be used in cashew farming.

The side grafting is the attaching of the cashew seedling to the side of the tree. Grafting should be done when the seedlings are 3 – 4 months old.

Herbicides can be used to kill weeds on cashew farms. Weeders and other mechanical tools can also be used for weed management in cashew farming.

Plastic mulches and other types of mulches can be used for the prevention of the growth of weeds.

Tools like cutlasses and hoes can also be used for weed management.

12. Training and Pruning of Cashew

In the first year of the cashew tree, the sprouts emanating from the root stock should be removed so that the cashew tree can concentrate its nutrients on the growth of the tree.

Pruning should be done frequently so that nutrients can be directed to the flowers and fruits. Excessive pruning can damage the cashew tree. The lower branches should be removed in the first three years so that the tree can grow to form a shade. After the 4th year, pruning may not be needed again.

Manure and compost should be added to the soil before the transplantation of the cashew seedlings.

The types of fertilizers that can be used for cashew farming includes:

14. Pests and Diseases of Cashew Crop

The following are the pests and diseases that can affect cashew trees:

Cashew fruits are usually harvested after 3 – 5 years of planting. Some cashew varieties may take a longer time to fruit. Cashew fruits should be harvested when they turn yellow or red.

Sickles attached to wooden or iron poles are some of the tools that can be used for cashew harvesting. These fruits are packed in trailers and moved to the processing yard or plant.

One cashew tree 3 – 12kg of nuts depending on the variety planted, age of the cashew tree and the agronomic practices implemented.

The cost to start a one hectare cashew farm is shown as follows:

For a detailed cost analysis, please contact us through sales@veggiegrow.ng.

The following are the advantages of having a cashew farm:

A large percentage of cashew produced in Nigeria are exported to Vietnam, India and other countries. Nigeria exported 184,000 tons of cashew nuts in the year 2020, according to Statista.

Nigeria remains one of the largest exporters of unprocessed cashew nuts in the world.

Questions and Answers on Cashew Farming

a) Question: Can I contact you about how to start cashew farming in Nigeria?

b) Question: Can drip irrigation be used for cashew farming?

Answer: Yes, drip irrigation can be used for cashew farming. It can also significantly increase the yield of cashew.

Should you wish to know more about cashew farming or you want to set up a cashew farm, please contact us on 08025141924 or send an email to sales@veggiegrow.ng.